Cleaning (the internal) house before Pesach 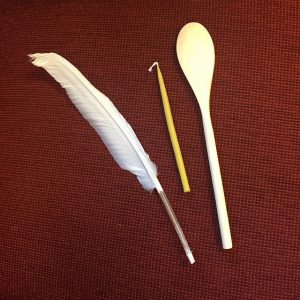 It’s Shabbat HaGadol, “The Great Shabbat” — the Shabbat that comes right before Pesach. Traditionally, this is the day when rabbis are supposed to give lengthy sermons on the importance of properly cleaning one’s house for Pesach and getting rid of every crumb of leavenable grain.

So that’s what I’m going to do, except that mine will be very short, and mine isn’t actually about housecleaning.

I mean, it’s great if you want to remove the chametz from your dorm room, and by all means show up on Sunday to help us turn over the kitchen for Pesach here at the JRC! But tonight I’m less interested in the details of how to kasher a kitchen, and more interested in what this practice can teach us spiritually.

The word chametz (חמץ) comes from l’chimutz, to sour or ferment. In the world of tangible practicality, chametz means leavened bread, or things made from the five officially (according to Talmud) leavenable grains. But in the realms of emotion and thought and spirit, chametz can mean the old stuff in our hearts. Old patterns, old baggage, old hurts that we hold on to. The puffery of ego and pride. The sourness of old angers and insults. That thing somebody said, or did — or that thing that we ourselves said or did — of which we’ve never been able to let go.

Monday night we’ll enter into the Festival of Freedom. Tradition teaches that we thank God on Pesach for what God has done for us in bringing us out of Mitzrayim — not some mythic “them” back “then,” but us, in our own lives, right now. The name Mitzrayim, usually translated as “Egypt,” comes from the root צר (tzr), which means narrowness or suffering. We all experience suffering and inhabit narrow places. Pesach comes to remind us that we can leave emotional and spiritual constriction behind.

And when it’s time to embrace change and new beginnings, we have to leap at that chance — even if we don’t feel fully ready, even if our bread dough hasn’t had the time to rise. That’s why our mythic ancestors baked unleavened bread for their journey. Walking in their footsteps, we too are called to leave behind our chametz, our old habits and patterns, the wounds we’ve been unwilling to forget, the disappointments that color our relationships with others and with ourselves.

Traditionally we search for chametz on the night before the holiday by the light of a candle. This practice comes to remind us that we find our chametz, the old and maybe painful stuff we need to relinquish, in darkness — in the dark night of the soul, the tough times in our lives when light and hope seem distant and hard to find.

Clearing out internal chametz isn’t easy. Often we feel resistance: we don’t want to let go of an old story, or to forgive someone who’s hurt us, or to believe that we ourselves can be forgiven for our missed marks. It requires some scrubbing, metaphysically speaking. Our work is discerning which of our old stories still serve us, and which have become chametz that we need to shed in order to move toward liberation.

There’s a Zen parable about two monks whose vows instructed them not to touch women. They came to a flooded river and found a woman in need of transport across. One of them picked her up and carried her. After they reached the other side, the other monk fumed for about an hour, and finally burst out with “Why did you do that? We made a vow not to touch women!” The first monk looked at his friend and said, “I put her down an hour ago. Why are you still carrying her?”

This is the d’varling I offered tonight at the end of Kabbalat Shabbat services at the Williams College Jewish Association.  (Cross-posted to Velveteen Rabbi.)

There’s a practice of ritually hiding, and then discovering and disposing of, some leaven on the night before Pesach. Here’s a one-page handout containing the ritual, the blessing, and a poem: Bedikat Chametz [pdf]

President Maud S. Mandel has announced plans for the fall 2020 semester. More details here. Please note that all Williams College buildings are closed to the public until further notice.